Wave & Tide by He Libin

Yunnan on laterite plateau is always a place creating myths and dreams. Groups and groups of artists started from here, heading towards national and international stages. Using local sceneries and visions here as art creation subjects is always the tradition for generations of Yunnan artists. From “luminarist” in 1960s and 1970s, “Shen Association” in the end of 1970s and beginning of 1980s, “New Figuration” and “Southwest Art Research Group” in the mid 1980s, to “Loft” Art Community after 2001, and young artists who were born after 1970s and 1980s, sceneries and nostalgia are always the complex that generations of artists can hardly go without. In the art practice of young artists, they maintain and continue the mysterious and unadorned flavor endowed by nature in Yunnan, but moreover, they blend the elements of modern cartoon and anime, making their artworks more energetic and diversified. Their artworks also show unique attitude toward life and aesthetics experience, being different from last generation of artists. This exhibition presents those representative artists and their artworks.

The paintings of Zhou Zhengqing show the aesthetic style combining expressionism and primitivism. Among those wild lines, rough brushwork, and strongly contrasting colors, everything is growing in disorder, presenting that primitive and wild nature in his eyes. The paintings of Li Rui are full of free constitutions and imagination. In each frame of his dreamland picture, just as in the Garden of Eden, a person walks alone, just like his own portrait. Li Rui wanders joyfully in the dreamland and poetic atmosphere weaved by himself. Chang Xiong’s paintings are also with strong dreaming atmosphere, and the different point is he uses sceneries in between cities and countries more often, misty and dubious. His paintings are just like the actual world being evacuated of existing feelings, and only homeless souls are wandering there. Xun Guipin’s paintings are real, unadorned and natural. Piling up and ordered brushwork and colors are approaching and touching the nature, eulogizing and expressing the nature he reveres and is passionate about. The secret of creatures may hide in those delicate touch and dialogues. The paintings of Shi Zhimin mix personal colorful imagination and changing natural sceneries in Dali. Glacier Series depict the nature millions of years ago in his imagination, crystal clear, and everything is still in breed. That is a world far away from civilization and noise, distant and pure. Another artist from Dali, Yin Yanhua’s paintings are poetic. The thumbkins in his paintings are tenuous, gentle and smart. He would like to arrange those geniuses in different stories, and those tenuous thumbkins can pass through and roam in different space-times, constituting a contemporary vision of “Wonderland”. Another post-80s artist, Su Jiashou’s artworks are more inclined to the aesthetics of “Cosmopolitan Poetry” developed in today’s cities. Endless loneliness and desolation are disseminating in his artworks in every stage. And his recent image portrait emphasized more on the above mentioned characteristics.

Yunnan sculpture artists also have very different aesthetic interest and pursuit of sculpts. Chen Changwei’s sculptures give up the traditional emphasis on the body, piece and surface of sculptures. There is no beginning nor ending of his sculpture surface, which cycles and repeats. He gives up the shape, but seizes the eternal time and space. Zhang Hua’s sculptures also go against traditional ideas on the shapes of sculptures. In traditional ideas, many artists spent all their lifetime to practice and study the structure of sculptures surface, but Zhang Hua goes the other way round. He goes into the inside of sculptures, thinking what changes will happen if the inside is evacuated. If the inside and outside are corresponding, then the outside relies on the existence of the inside. While the inside is evacuated, everything is only left with the outer form. Zhang Hua’s sculptures are modeling that instant when such changes happen. Qomolangma, Flowers, Lei Feng together with many others are telling such a story. Everything is just like a ball with air leakage when the soul is gone. Such humor is of great absurdity, but sets people thinking.

All the above mentioned artists represent a certain inclination of the contemporary art in Yunnan, but not all. Yunnan, the backyard of China, has always been the fertile soil for the life and creation of artists in the past and present. Vivid, life, fertility and diversification of such a place give us hopes and visions for the future.

For a very long time we are used to express the meaning of “wave” and “tide” as tide. By doing so some simplified meaning can be created but together with the limitation on the meanings of both separate characters. Now the two characters are taken apart and reintegrated, maintaining their independent existence and certain relationship. Therefore, these two characters turn to be two separate individuals interdependent with and independent from each other. The creation of such delicate change is interesting, and such interesting sense is exactly the thing trying to be expressed in this exhibition.

Several young artists are independent as individuals. But when this exhibition ties them together, they turned to be a certain loose structure. Moreover, a series of ideas are created from such structure.

Just as the name of this exhibition, “wave” represents a tempestuous status, while “tide” can be understood as the development of new generations. The two characters combined together here, but created a meaning much richer and more profound than the word “Tide” in our daily understanding.

Such complication of simple things is not only an idea but more importantly an attitude. Complicating things is in pursuit of complexion, and may this behavior be regarded as purity in another sense? Therefore, the purpose of this exhibition—an art exhibition in a very pure sense, is achieved naturally.

Last but not the least, I wish a great success of this exhibition. 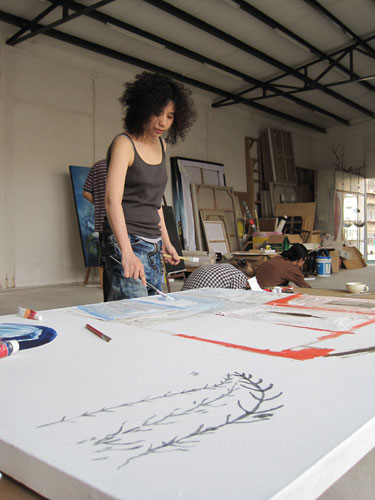 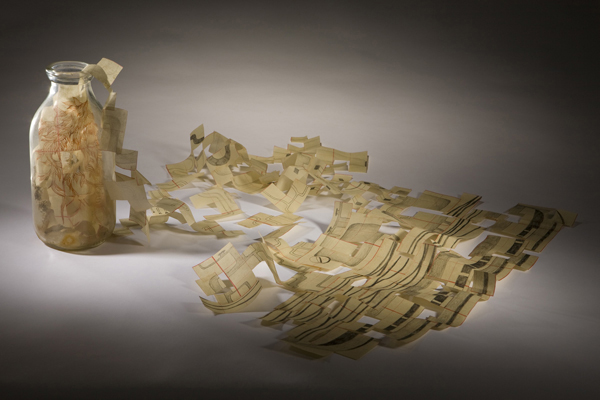 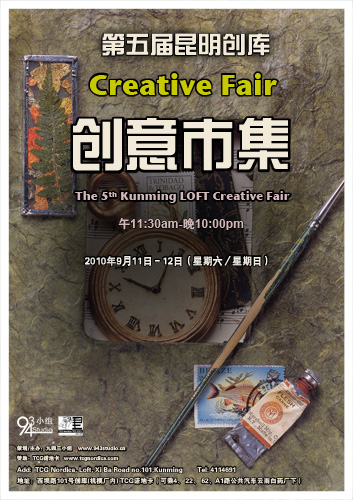