Preface
by Xue Tao
“Non-steam” is neither the mainstream nor the status of the non-mainstream, which in the state of outside, is the prominent feature of the Yunnan artists.

Usually in the filed of art, there is a relationship between mainstream and non-mainstream. Specific presentation of the phenomenon is sometimes the relationship between the system and Jianghu, sometimes it is the relationship between the academic and the market. No matter which the artist stick with, whether in mainstream or non-mainstream, always need to find the correctness of art as a basis for existence. Of course sometimes it can be political correctness or academic correctness, even in Jianghu there is the Jianghu correctness. And so the correctness can eliminate the concerns of artist’s existence. Artists usually let themselves attributed to a certain stream, otherwise take the risk of being abandoned. Usually we call this attribution to a stream “bai ma tou”.Such a “return flow” style of different regions in China has different presentations. Like this inaccurate saying for art scene, Beijing has art history stream, Shanghai follows academic stream, and Sichuan focus on market stream. Usually people call them a certain “gang” or “group”. Therefore, in same area there will be a bunch of similar artists, which is an art phenomenon.

In ancient China, there is “the three religions and the nine systems of philosophy”, it clearly positions the distance between art and mainstream, seems like the legal status of art. However, nowadays the Chinese art scene is not content with this non-mainstream identity, with the ambition of “Reshaping History”, to become market’s darling. Art, in the process was unknowingly replaced by the “art politics”, “art economy” or “art technology”. The art is often done in order to enter the art market, art history or even opening reception. The artists don’t talk about art itself, but more “art News” and “theory of art success”. This is a boring reality.

The five artists of this exhibition are irrelevant to stream. They don’t meet the requirement of history, academic or market. If they were not in the stream, then “non-stream” would emerge. Of course, this is only my personal thought. They probably do not think so.

Although they are what I call “non-stream” works but yet interesting.

Yang Jing, is a relatively rare artist, he’s thinking is different from what our familiar artists’. About a decade ago at the Shanghai Exhibition his works have been sold to German collector. At that time, to sell works was generally agreed not going to happen, but it has occurred. When we are in full swing selling works a few years later, he began to retreat, we rarely find trace of him. Again we meet, he no longer makes sculpture and starts painting, this series “Fu Lu Shou Hai(Happiness, Luck, Longevity, Sea)” we see today is what he is doing now. Oh! His paintings, how should I say, is hard to find our usually seen images, but only some thinking fluctuations, which means that his painting is not material image but the sense of image. The inertia of thinking of the painting, we strive to learn and build up understanding of the knowledge and skills of painting, in his failure. Yang Jing seems to be simple and stiff, but in fact hidden a different wisdom.

Zhang Hua is a very interesting person, and his work has clearly stated he is really very interesting. A brick flatten the head, ha ha! This is so interesting. Who is that unlucky guy created by Zhang Hua? Everyone receives a good mood when he gets to see his work. Zhang’s works do not need more explanation, when you see it, you just let out your “ah!” Or “Hey!” and is enough. We can happily experience the elegance and joy he brings.

Li Fan dramatized historical events, those ambitious and even cruel historical moments occur in nature is put on the table. We suddenly get a “strange” feeling toward human fate from these historical scenes. This strange feeling come from a simple quadratic conversion action of Li Fan. Yes, many things we put on table, always show some effect beyond our imagination. Li Fan is not simply ridicule the dramatic history, but more strongly critical of his attitude towards history. This criticism of the historical events is not expressed by strong form, but in humorous way.

Tao Jin’s work shows “alienation” to the reality, perhaps this alienation is from memory, perhaps from the uncertainty of reality. His perspective to reality is not standing inside, but with distance. The object is his life. This strangeness of oneself, alienation from life and reality, is from the deep experience of fast change Chinese society in more than three decades. The 70’s generation grow along with the naive Chinese society. This growth experience is more prominent in them, prevalent in this generation. Tao Jin accurately captured these on the cancas.

Zhao Leiming’s work often focuses on individuals “sense of existence” in real life, which is beyond the material aspects, has nothing to do with the social system and environment for the growth, in fact, the relationship with the real world is not large, this is a human common instinct. Since there’s life, this sense of the existence of life has always existed, not only beyond time and space race, beyond the material basis, which is a self-perception of the ontology of life. This knowledge does not get results, with no standard answer. It is a suspended state of mind. Zhao’s painting tangled with this state of minds, which is difficult to describe.

Art needs to be “interesting” or “fun”, artists in this exhibition, none of which is boring people. With very different characters, maybe bad temper, but it is also the “fun” part of them, at least not the standard bio-honed of modern society, are true enough. Their work speaks.

Art also needs to be “free”. Freedom is the fundamental of art, like fish and water, without freedom art will die. So, art is free to use any form as the expression, “through” politic or economy to become “interesting”, “through” science, sociology and other disciplines to realize “fun”. However, Chinese contemporary art seems to be “for” politics to become interesting, “for” economy to become interesting. Once they come to the “for”, this art road is no longer leading to the brightness. Many new great works or the auction price works, makes people “boring”.
“Non-stream”, from art success theory perspective is dull, at least lack of efficacy. But for individual life experience is meaningful. They at least adhere to the law of the art of creative freedom, which has become rare in today’s sharp era, when most of the artists are forced by the pressure of artistic success and turn into artistic production, when art socialization is greater than artistic creation, their insistence adhere is the utmost valuable.

Most Yunnan artists born in the 1970s are emerged to be in such a non-stream state. Like the 26 ethnic minorities in Yunnan, while they sharing a piece of land together, they still independently lived. Their life exchange closely, but with great independence in creation, ashamed to be lack of assertive, ashamed to become kitsch, restore the art in life. 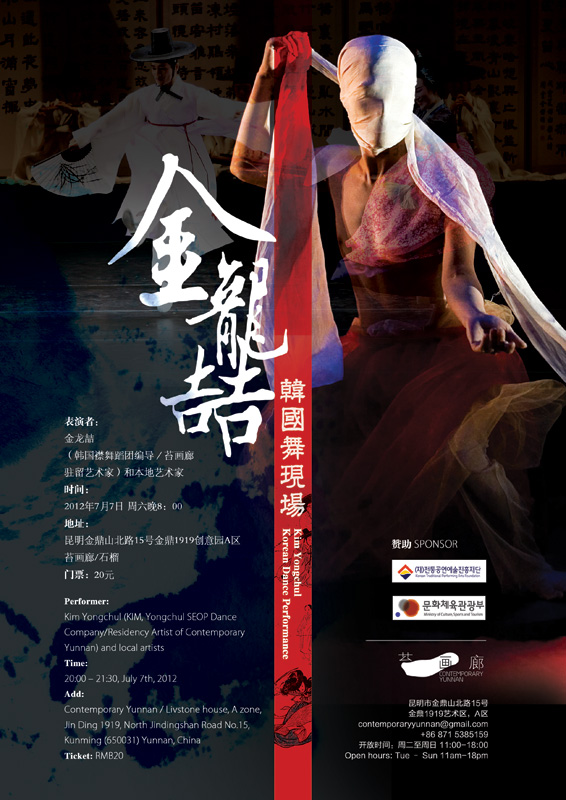 ICE AGE No.2 by SHI ZHIMIN