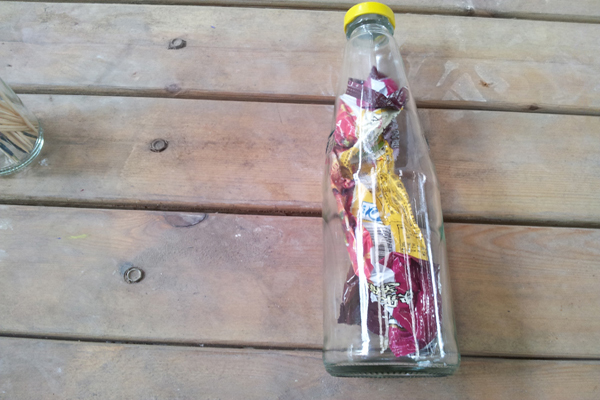 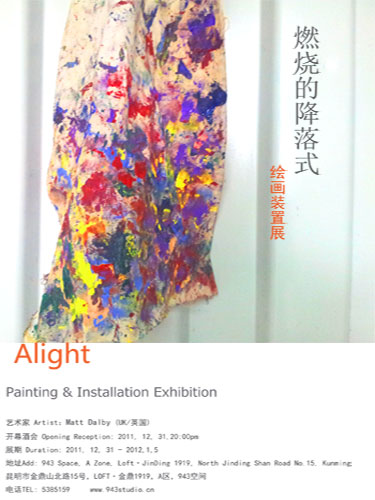 About Exhibition:
I alighted from the plane in Kunming on 11 October.
When we descended to Kunming it was dark… First I saw rivers and hills in monochrome outlines, then bridges and buildings, then roads and cars. I saw two bonfires burning on the edge of a field.

I accidentally alighted on a theme and a fascination.
What I saw [projected on paper through a small hole in the roof] was an upside-down  image of the sky and the factory roof. My studio is a camera obscura.

My art came alight with colours.
I did an abstract sketch in my sketchbook with my various acrylics – then dragged the paint about with some toothpicks.

Pictures from the exhibition

The glass jars and bottles were gathered over a period of time and filled as they became available. Their contents include a cockroach, a passport photo, and a rubber glove. The marmalade in a bottle was made by the artist. There are 42 glass containers.

The paintings are acrylic on canvas or canvas board. Most are painted over previous images. The square boards were painted with liquid mud from the local soil. The larger landscape-format boards (next to the square boards) were blank except for grids painted in acrylic. On some the grids are still visible as raised lines. The stretched canvases were painted with mud and acrylic, had glass embedded, and were slashed with a craft knife. Before I repainted them I repaired the cuts as far as I could. 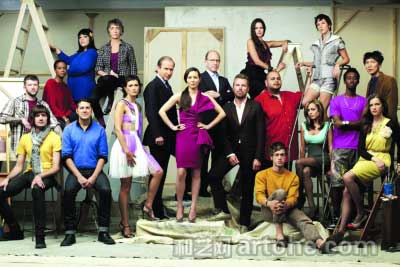 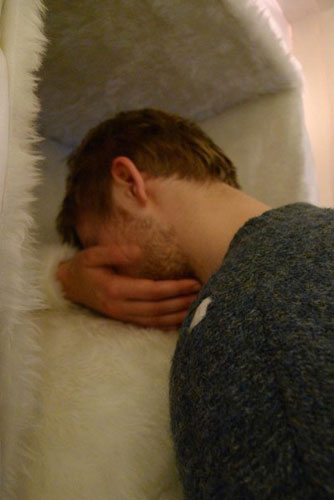