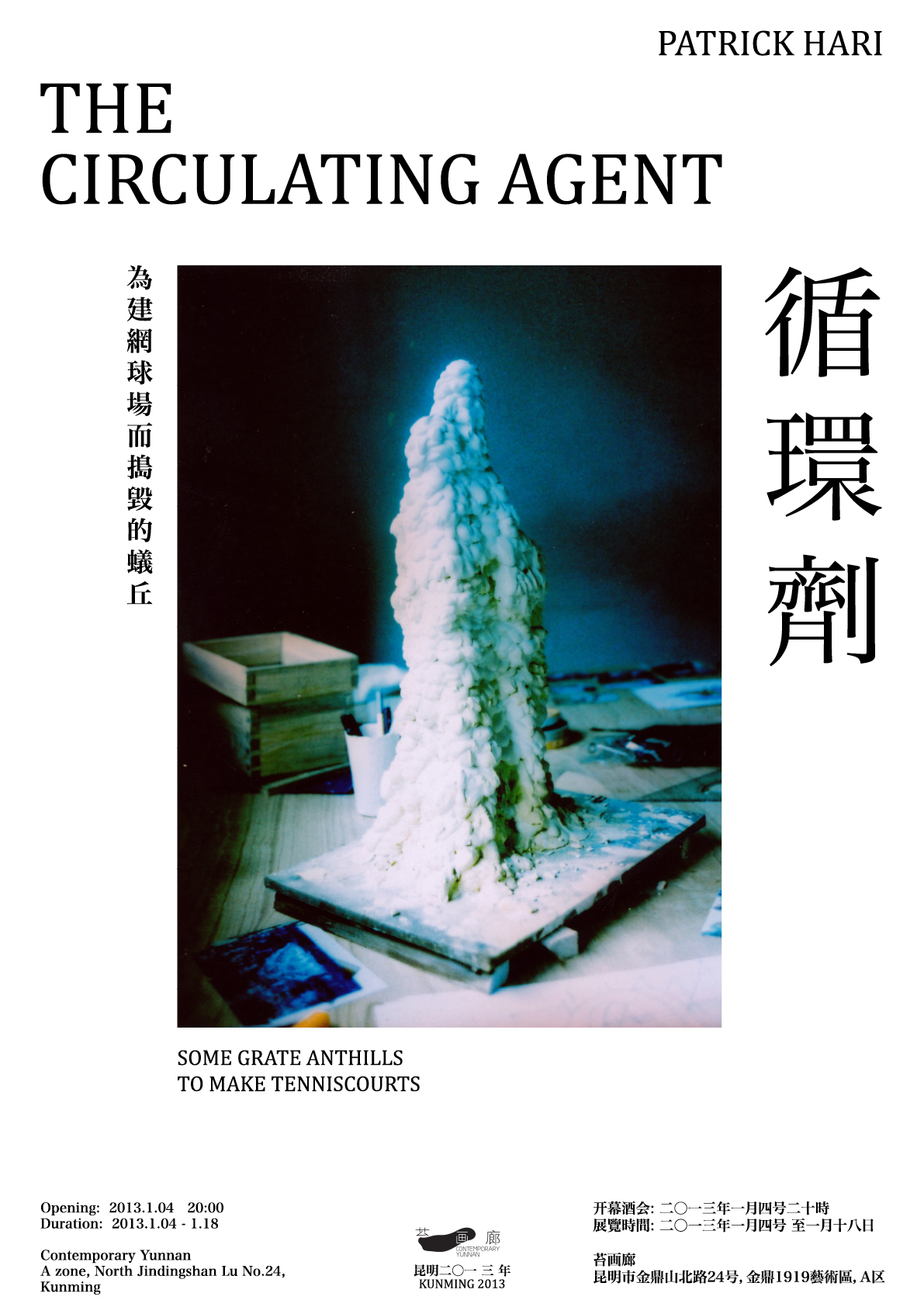 The inter-media work of Patrick Hari (*1977, lives and works in Zürich) is firm conviction of a contemporary artist attitude. He tries to fathom the general comprehension of life and art in modern society.
In exhibition contexts, he experiments with combinations of different materials and medias, holistically considering the physical and non-physical universe. In doing so, he obliterates the borderlines between “Plastik”, sculpture, installation, performance and documentation.

Perfomativ activism is an important component in Hari’s work. It’s the direct radiation, dynamic force, as well as its transitoriness that makes it so crucial for him. He finds it inevitable to involve the process, transformation and time in his work instead of focusing merely on a product.
At the current stage he has involved himself with closed circuits, triggering a process which follows its own path to completion. This goes to the point where he´s taking himself out the operation, leaving the process to itself. The human disappearing in its own, self built environment.

L: So you said the title of your work is named not for describing the works?

P: For me it’s additional, additional layer, because it’s the same title of work. If you have a title, which perfectly describes the work, then what is the work for? It’s more a work itself. For example I give an exhibition, like the one I’m making now, I use the title more to put the whole works in certain kind of context, to give a certain atmosphere, a color or a taste. When I have a lot of pictures of flowers, I call the exhibition Flowers. So there is nothing happening, but when I say it Funeral, then the flowers become beautiful and sad in a way. It creates a state of mind, within this state of mind you looking at the works. Or for example when I have a hammer, as an object. I sculpted a hammer out of clay. I could title it Hammer or Tool, but I could also title it Weapon. So if I call it Hammer the title just describes what it is. Sometimes I use this kind of title as well, just to describing one, because I don’t want to give any further context or connotation. Or if I title it Weapon I kind of open a window or a door, a space of imagination. When you think of a body of work, which are putting together, I always see them a family, some are individuals, some are stronger than others, and some are the medium binding them together.

L: We should have done the “Ten Lunches” interview. I thought it was a great idea.

P: Maybe we should get back to eating. I think eating is very…

P: Yeah, also inspiring, but I think in China, if contemporary art would be more about food, more Chinese people would have more access to it.

L: What are you going to do in this new thing (performance)?

P: I’m going to wear a pan on my head during the performance, a cooking pot over my head, during the preparation next week.

P: Because it’s easy find, it’s everyday something. Like food is one of the very elemental very basic notions of human being. That’s what we think most about. And everything like art, money, everything comes after food. So firstly human beings are thinking from within the cooking pot.

L: Your brain is cooking.

P: Yes, our brains are basically in the kitchen or in the restaurant maybe. The major concern of being a human being you have to think about food.

L: The pigs’ heads and their brains are in the restaurant.

P: Yes, they are doing the thinking for us.

P: Why do people only eat pig head and not cow head here.

L: I don’t know. I never think about it.

P: Because the pig head is more delicious, it has more jelly skin. Better for the skin.

P: Pork skin is better for the skin, because there’s less hair grown on it. So if you eat a lot of cow skin, you will look like a monkey, and who wants this.

P: I just recognize the power of symbol in China is much stronger than it is in Switzerland or in Europe maybe.

L: We have to create something to believe in. Most people don’t have a belief.

P: I think this has also something to do with your writing, with the Chinese characters, because they are symbols. They are write symbolization of things, maybe somebody should give back the option to believe in something in China, so people don’t have to believe in pig heads.

L: Can you talk about these works?

L: For all these works you mean?

P: Yes, every single one has its individual direction, but there is a main direction where all of them should go, more or less. Because it should not be coincidental, some goes this direction some goes others.

L: Do you see these works finished or unfinished?

P: Time will tell. This is unfinished. It’s going to be finished maybe on the opening or maybe the day after. Maybe it’s going to be collapse and then…it’s hard to tell. The things that I made in here, it’s hard to say if it’s finished. These one over there has reached a kind of shape. Now it’s like this, maybe next time it will be changed and look different, if I’m going to use it in next exhibition. The sculptures I made or the processes I think of, I want to make them like painting, I want to reuse these “paint color”, to get some other works later on.

L: Could you explain about the title of the exhibition?

Art works and working in process 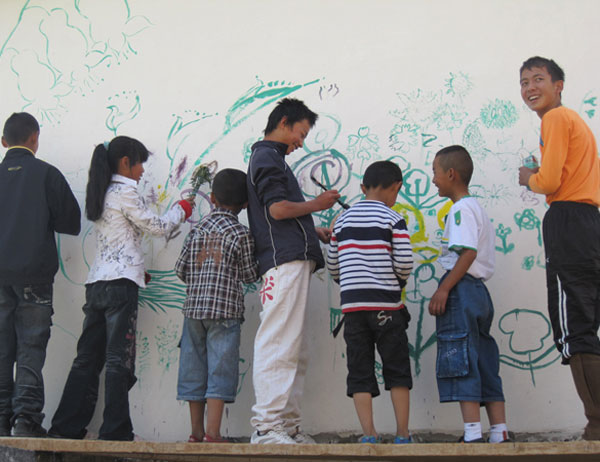 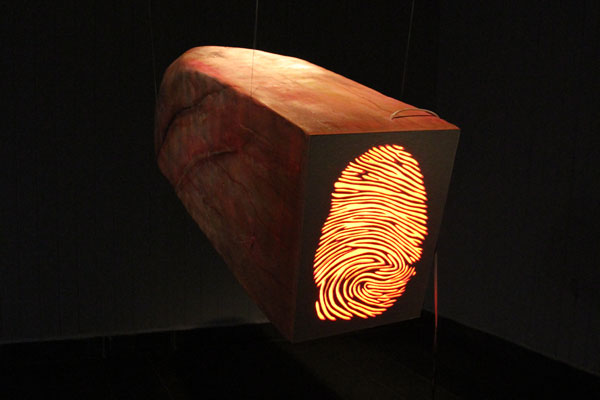