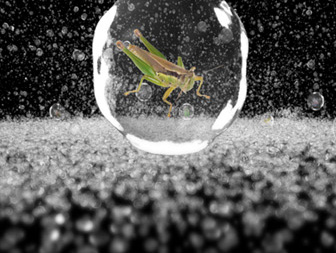 “We intend to isolate dance from theater, and remove the barrier between audience and performers.We fulfill this idea by using a small gallery spaces to maintain a close distance with the audiences,and, furthermore, to form their creation with the audiences‘s existence. By doing this, to bring the new body into their work becomes a challenge,but it also releases the form of dance to a bigger variety group of people. ”
:::::::Keisuke Takahashi
A visual artist, Takahashi is visual director for Nibroll Company, an interdisciplinary arts collective. Nibroll Company has created many video and performance pieces and has participated in arts festivals throughout Japan and the world. Takahashi, as a solo artist, has also created many visual installations and his work has been presented in China, Italy and throughout the world. He received the MAM Contemporary Award from Mori Art Museum in 2004 as well as the Committee Recommendation Award from Japan Media Arts Festival in 2006. He also creates many TV and print ads for companies such as Adidas and FIFA, and produces many music videos as well.

:::::::Mikuni Yanaihara
Since high school, when she began to dance, Yanaihara has won numerous awards for her work, including the NHK Award at a national high school dance competition.After graduating from university with a degree in dance, Yanaihara turned her sights on film and enrolled in film school. Since creating Nibroll in 1997, Yanaihara has taken brought Nibroll to festivals a range of festivals including the Oregon Dance Festival, the San Francisco Butoh Festival, and the Berlin Fusion Festival, earning great critical acclaim as a choreographer.